Sexual Violence Policy: Carleton’s debate on the use of “Rape Culture”

Home / Sexual Violence Policy: Carleton’s debate on the use of “Rape Culture”

Via The Ottawa Citizen 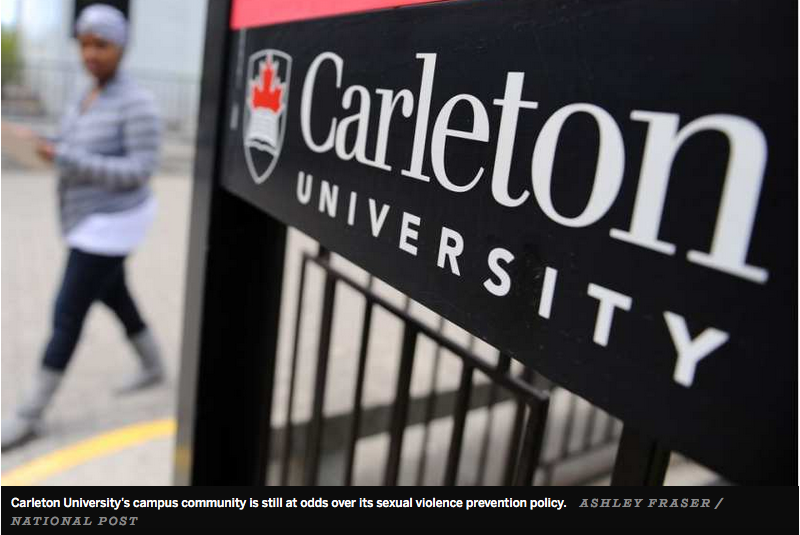 The debate at Carleton highlights the importance of language when it comes to developing policy:

"Under provincial law, all universities must produce a policy by next January. Many universities, including the University of Ottawa, have already finalized their policies.

But at Carleton, the process has been tumultuous, and whether or not the term “rape culture” should be used in the preamble of the policy has divided the campus.

The term, used by feminists since the 1970s, refers to a society in which sexual violence is pervasive and normalized. The term does not appear in the University of Ottawa document."

If you shy away from using the terms that describe the current state of affairs (i.e. rape culture) you are shying away from the issue itself. By doing so, you are also denying how "pervasive and normalized" this culture is and therefore aiding and abetting it.