How to Respond Online: Two Gently Humorous Takes on How to Deal with Online Arguments

Home / How to Respond Online: Two Gently Humorous Takes on How to Deal with Online Arguments

(Thanks for sharing Eric!)

The first is a lovely cartoon by Ronnie Ritchie via Everyday Feminism on how to respond when you are criticized online. Here's a quick preview: 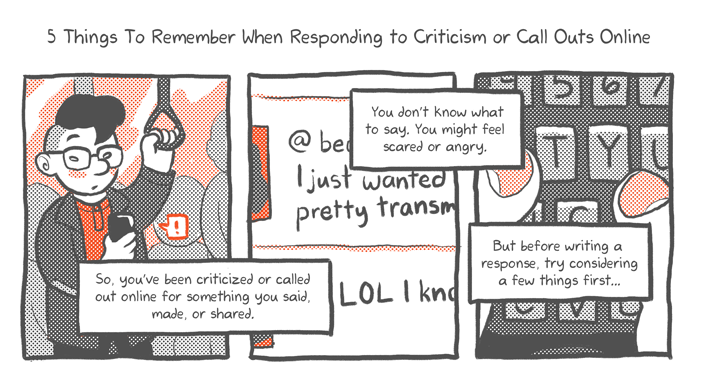 Funny. I am in the middle of reading a book entitled The Curse of the Good Girl by Rachel Simmons. In it she addresses how girls (and consequently women) are socialized to personalize their mistakes and to take feedback not as constructive criticism but as judgments about their person. For example, if, you write something online and someone takes umbrage (I know- when does that ever happen?) the tendency for many women will be to then beat themselves up and think, "I am so stupid. Everybody's going to know what an idiot I am now.Nobody will want to talk to me ever again."

Ok, perhaps I exaggerate slightly, but you get the drift. It is very hard to deal with feedback if the very fact that you are getting called out makes you a terrible person.

I like that Ritchie begins her list of 5 with slowing it down first of all and then taking the space  for self-affirmation. Basically, a step back, you are not a horrible person and then okay, let's look at the feedback in a calm, collected manner approach. Nicely done.

The second post comes by way of the Guardian and the always very funny Caitlin Moran. 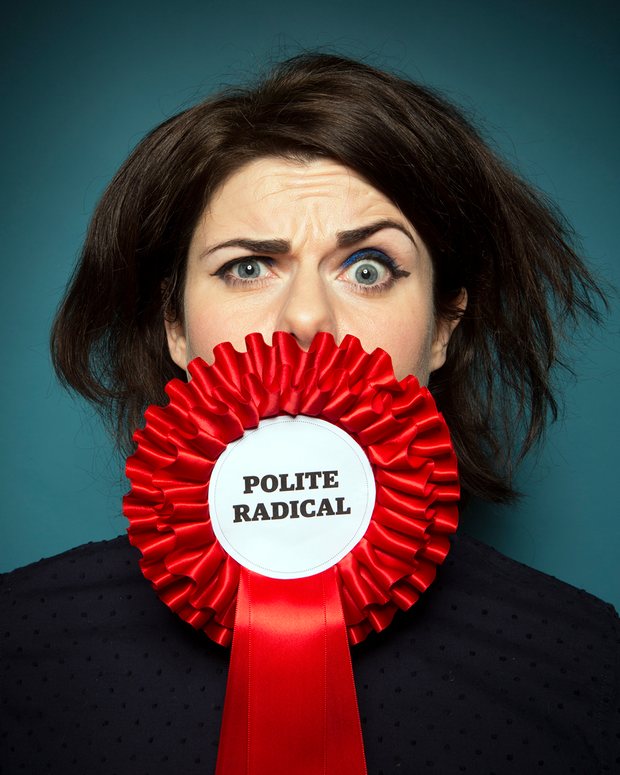 "As citizens, so much of our political conversation – perhaps the majority of it – happens on social media these days. If social media really is the awakening of a global consciousness – us all becoming one gigantic brain – then it is little wonder that this birth of a 7 billion-part “us” is, sometimes, terrifying. Like some bewildered Frankenstein’s monster, waking up on the slab and lashing out, not knowing the power of its new arms and legs.

In order that this fabulous, awe-inspiring beast do no harm, we need to establish some rules for global communication and activism, so that the same mistakes are not made over and over again. So that going online doesn’t, some days, feel like walking into a zoo that’s been set on fire, with penguins attacking lions, gnus trampling on hippos, and a couple of unhappy llamas in the corner, crying, “I just wanted to show everyone a picture of my lunch! I am excited about avocados! I do not like all this anger! I am going to hide under my table!”-Caitlin Moran

Moran reminds us in her habitually hilarious way to stop dismissing people right away for whatever petty, small reason we can think of, and to sit down, shut up and take the time to listen with an open mind. No conversation moves forward when started in anger. She says all that but way funnier. I suggest you stop reading me and go straight to her article now.