Federal strategy will aim to fight cyber violence against women 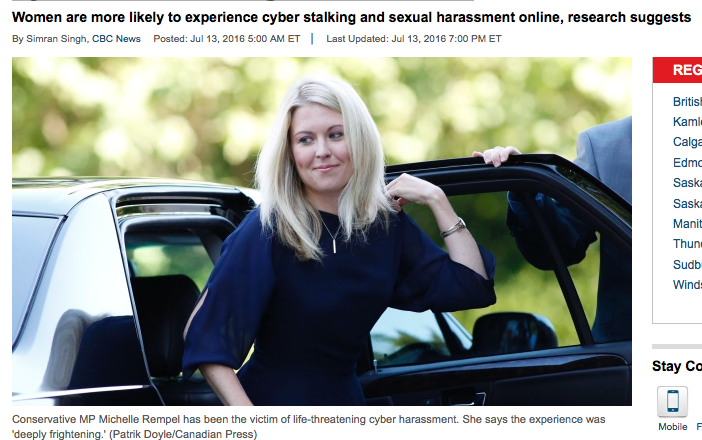 "In the online context, I think the violence that is experienced is trivialized," says Kendra Milne, director of law reform at the Vancouver-based West Coast Legal Education and Action Fund (LEAF).

"Some cases tend to turn into a bit of a subjective analysis about whether or not the women involved should have been reasonably fearful of the conduct that was happening."

This reminds me of Zoe Quinn's powerful statement of why she stopped taking legal actions against her harassers. I wonder if this federal strategy is going to take on all the nuance that Quinn reveals, all the hidden indignities and injustices that our biases and prejudices and the most superficial optics (is she a "good victim"- meaning was she a "good girl")  inflict on the victim in these situations?

If the government is really going to tackle the behemoth of gendered cyberviolence, won't they have to tackle the very real thread of misogyny alive online and offline in our culture today? Won't they have to figure out how to have not just legal consequences for bad behaviour without subjecting the victim to even more trauma and threats but also somehow make them taboo so that society begins to self-police itself?

Won't they have to start breaking down in a very concrete and systematic way all the nuances that cause gender disparity in the first place? Colour me naïve, but doesn't this mean a total overhaul of the way all our institutions function from our education system to our legal system?