The “Pink Collar” Sector: A whole Lot of Ugh

Home / The “Pink Collar” Sector: A whole Lot of Ugh 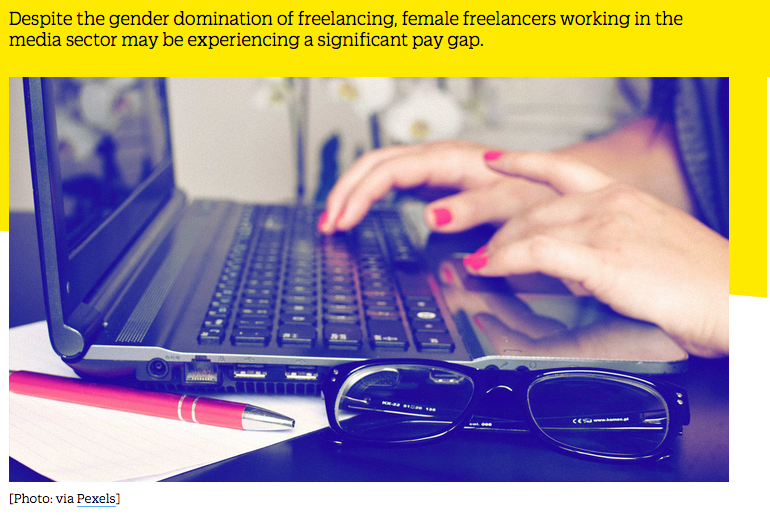 Did you know that 71% of Freelancers are female? And that most of these women earn 55% less than their male counterparts, a statistic that makes the average wage gap between women and men seem positively quaint?

Those are just some of the ugh-inducing statistics quoted Lynsey Grosfield in her article entitled, "Pretend your a White Male": Freelancing's Gender Problem. As someone who likes to write and who aspires to one day be able to make at least some money from it, this article was patently depressing:

"Freelance writer" as a job title doesn’t just cover hard-hitting journalists. It also includes those who have braved the dreaded "content farm" sites, which often offer as little as $3.50 an article. Sites like Freelance Mom reveal an unsung writing workforce that is, according to journalist Andria Krewson in ReadWrite, "overwhelmingly women, often with children, often English majors or journalism students, looking for a way to do what they love and make a little money at it."

Whether you call it the "pink collar sector," "the glass ceiling," "the wage penalty," or being "nickel-and-dimed," women are disproportionately herded into unstable, low-wage occupations. And even when they do break into a male-dominated profession like professional writing, that profession subsequently becomes devalued."

Grosfield also points out some factors that contribute to this gap, notable the lack of transparency in the free-lance world (when everyone is scattered all over the globe and one has no contact with fellow freelancers of the other sex or otherwise,  it is hard to know what the other is making for equivalent work) as well as the notorious "confidence gap" that Sheryl Sandberg devoted so much time to in her book, Lean in.

But, as Grosfield mentions above, there is also the vastly changing landscape of journalism -from the traditional media that used to invest in long-form, investigative journalism to the new "churnalism" where the same story/press release gets recycled by many different sites in order to save time and money.

After reading Grosfield's article, I am left with the belief that it is not enough to simply lean in as Sandberg proclaims. Yes, we can work on our confidence. Yes, we can demand transparency about salaries, etc. from our employers.

But what about the larger systemic problem? Whenever there is a hit to the system - austerity, cuts in social welfare - the first people to feel the hit is inevitably single mothers. As freelancing is a career that offers enough flexibility to accommodate women who have a variety of complicated demands on their time, is it any wonder that women would be taking the hit for the fluctuating and increasingly unfair state of online writing and journalism?

Pair this article with Astra Taylor's The People's Platform: Taking Back Power and Culture in the Digital Age for a more in-depth look at the systemic growing inequality of the internet.